Posted on March 25, 2020 by Philly Conservative 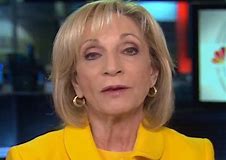 Andrea Mitchell is a total Democrat hack. She is not a journalist. Her show is marketed as a “news” show. It is anything but. Today she had Obama lackey Jim Messina on her show. Mitchell whined that President Trump’s approval rating has been rising among Democrats and Independents since President Trump has been holding a daily Coronavirus press conference. Mitchell also whined that people are seeing President Trump as a leader. This is the main reason why the Democrat Party Media wants to stop broadcasting the daily press conferences. Newsflash for hack Mitchell, President Trump is a leader. Mitchell also complained that Joe Biden is being drowned out by the Coronavirus and President Trump. Of course Messina downplayed Trump’s approval rating and went on to say President Trump has made false promises concerning the virus. Of course there was no push back by Mitchell, because she is not a journalist, Mitchell could’ve asked:     Jim, please tell me what promises the president has made that have been false?

Earlier in the week Mitchell had Nancy Stretch Pelosi on. Mitchell did nothing but throw softballs at her. Mitchell refused to call out Pelosi out for playing politics with Coronavirus relief bill. That’s because Mitchell agrees that Pelosi, who isn’t even a Senator, dictate the terms of the bill with all the liberal bs that has nothing to do with Coronavirus. Like funding for Planned Parenthood. Keeping the murder mill open is more important than giving relief to the American people. Andrea Mitchell said nothing to Pelosi about that.

The very next day, Democrat hack Mitchell called out Republican Senate Majority Leader McConnell for placing the blame on Pelosi for the defeat of the relief bill in the US Senate. Newsflash to Mitchell, Pelosi is the blame for the defeat of the senate bill. But of course to Democrat hack Andrea Mitchell, democrats can do no wrong even if it harms the American people.