Posted on December 23, 2015 by Philly Conservative 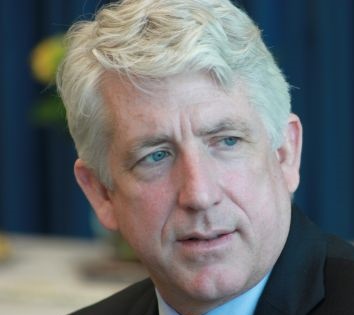 Liberal Democrat, former state senator and current Attorney General of The Commonwealth of Virginia, Mark Herring has canceled concealed carry permit reciprocity with 25 states. His reasons for canceling the agreements are that the 25 states allow a concealed carry permit to be issued to people who are fugitives from justice, convicted stalkers, drug dealers and individuals who have an active protection from abuse court order against them. If you know anything at all about firearm laws, it is against Federal Law for anyone who is a fugitive from justice, drug dealers/drug abusers, people who have a past felony conviction or a misdemeanor conviction for domestic violence, to receive, own, control, carry, touch, and posses any firearm. So AG Herring’s reasons are of a false premise. This is not about safety. This is about the liberal gun control agenda which wants to ban firearm ownership for US citizens.

Mark Herring is nothing more than a gun grabbing liberal hack. I strongly urge Virginia citizens to vote this guy out of office when he comes up for reelection.